Whether it is news about a new business relationship, a roll-out of an innovative feature, or an update on trends in the ad-tech sector, in the press area we have put together everything you need for reporting on us.

The marketing platform operator audio CC based in Düsseldorf will operate under the new name AllMediaDesk in the future.

The company, which originally grew out of the sales house audimark, works with numerous media agencies and advertisers in Germany. Via its platform, the company offers the possibility of booking and handling campaigns with a large number of partners.

The majority of business in Germany is in the online audio sector. More than 2,500 online audio streams – including well-known brands such as Spotify – can be booked via the platform.

The new name is also intended to be the starting signal for the expansion of the platform to other media genres: “On the part of advertisers and media agencies we have increasingly understood their desire to book other media genres in addition to audio via our platform. As a first step, we will therefore expand our offer to include digital formats such as online video and online display, but we will also look to work more closely with traditional media such as TV in the future,” says Chief Sales Officer Matthias Mroczkowski. He adds: “Of course, the ‘audio’ in the name no longer really fits.”

At the same time, the company based in Düsseldorf is also active in the area of AdTech, using its software to help media companies greatly optimize workflows in inventory management and disposition of commercial breaks.

Matthias Mroczkowski comments: “When we spun off audio CC as a technology offshoot from the sales house audimark a few years ago, our initial focus was on making our technology available to radio stations worldwide. Since the beginning of the year, however, after three years of development, the latest generation of our software has been available, which now also supports TV as a media genre and has already aroused great interest among numerous broadcasters.”

Based in Dusseldorf, Germany, AllMediaDesk is a global Tech company specializing in solutions for the media and advertising industry. AllMediaDesk operates a platform where advertisers and agencies can automatically plan and book campaigns with various media providers with a click of a button. The company also supports media groups with technology to automate sales processes and the creation of ad breaks, allowing them to manage their advertising inventory in the best way possible. 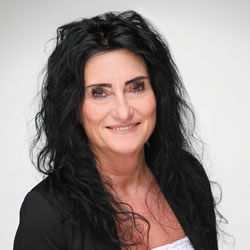 Do not miss any of our press releases and register directly in our press distribution list: